For over a half century, the building that Frontline Outreach occupies has been used to serve the youth and families of Washington Shores and Central Florida.  Clarity of hindsight makes this building’s purpose so very consistent and apparent from its origin, to its present and beyond, which is simply– to serve. Over the years the baton of leadership has moved with the times with each iteration seemingly providing exactly in the moment, what the community and facility required.  Initially the building was home to The Roosevelt Bowling Lanes, offering families in the black community a venue to relax and recreate. Sadly, after an unfortunate fire, the bowling alley was shuttered.

In 1951, Dr. James R. Smith (one of only five medical physicians serving the 40,000 person geographically spread out African American community), during the times of sweltering Central Florida racial segregation, established a safe and hygienic medical facility for African American women to give birth, known as a “Lying In Hospital.” It was also Dr. James R. Smith, who with the help of others, founded Florida’s first and only Black owned savings and loan institution. Dr. Smith additionally rallied the board of the Washington Shores Federal Savings and Loan Association and friends of the community to support his pursuit of purchasing and renovating the burned Roosevelt Bowling Lanes to house his dream of providing a building of refuge to address the community’s childcare needs. In 1967 he established W.S.A.R. (The Washington Shores Association for Recreation) to carry his dream forward.

Through the endeavors of Dr. Smith to seek charitable contributions and the securing of financing through the Washington Shores Federal Savings and Loan Association, the acquisition of a burned and abandoned bowling alley would now be the home of W.S.A.R.  Dr. Smith continued to work to expand the services and impact the lives of children and families until his death. 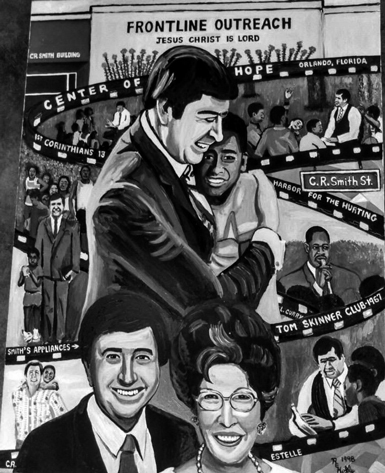 Meanwhile, less than a mile east of the facility, in the same year and serving the same population was another actor with the same passion and the last name, Mr. C.R. Smith, affectionately known as, “C.R.” C.R. owned and operated an area appliance business, and later started a local chapter of the Tom Skinner Club, housing it in one of his former store locations. Mr. Smith initiated this chapter as a tribute to a man who had risen above his Harlem gang challenges, wanting to spread a message of hope to the communities who seemed to be hopeless.

Mr. C.R. Smith, felt called by God to greater works and service and with the help of Mayor William Frederick, C.R. launched a campaign to acquire the vacated building and build upon the foundation of service already laid by the previous community visionary.  January 1, 1984, Mr. C.R. Smith relocated his operations from the Tom Skinner Club storefront location on Orange Blossom Trail and entered the new premises with the new name of Frontline Outreach, Inc. With this move, the storefront was now available for The Hope Church, pastored by Reverend R. W. Wiggins, to occupy as its’ starter home.  It was surely C.R.’s desire to bless others; with his wife Estelle by his side, working as a champion of Frontline Outreach. His efforts earned the words touted in his obituary “Mr. C.R. Smith a man known as the Mother Teresa of Orlando.”

Mr. C.R. Smith set the course for Frontline Outreach to become a bold Christian outreach community engine. This organization would be pivotal in combating racism during a time of racial unrest and navigate towards becoming a full service youth and family center offering services in education, character development, arts and sports.

Every Frontline affiliate, whether Board Chair, Board member or supporter, which have navigated through the ebbs and flows of Frontline’s existence, have done their part to build upon the vision of Dr. Smith and the legacy of C.R. Smith.  Realizing that great success does not happen alone, we honor the many actors that have served as Board Chairs or Executive Directors: Andy Snyder, Tony Jenkins, Bill Dillard, Arthur Lee, Ralph Veerman, Larry Curry, Arto Woodley, Paulette Edwards and others.

In 2013, Bishop Allen Wiggins, the son of the late Rev. R.W. Wiggins and current Senior Pastor of The Hope Church, accepted the call to stand with those who labored before him and provide expanded vision and direction to Frontline Outreach. In what can only be called Divine appointment,  destiny allowed the paths of Frontline, The Hope Church and the Wiggins family to cross, initially when C.R. made available his vacated storefront space for The Hope Church’s humble beginnings. Bishop Wiggins endeavors to coalesce the evangelical, social and community building efforts of all involved entities to elevate the entire metro Orlando community. Hence the divine connection that began years ago had come full-circle as Frontline was welcomed to the Hope Center West campus; a live, work, learn, play and worship community. Bishop Wiggins seeks to impact the lives of children and families, particularly the underserved, so they can reach their full potential as productive, caring and responsible citizens.  He believes through leadership, entrepreneurship, academics one can affect their destiny; this is the L.E.A.D. model.

The evolution of Frontline Outreach to better fulfill community needs through broadening its scope of services, has continued to make this organization an incredible and sustainable community success story. The impact on the lives of our youth and families throughout the Orlando community continues to produce Ministers, Mayors, Judges, Doctors, Teachers, Artist, Athletes, professionals and otherwise contributing successful citizens, affecting the whole of Central Florida. 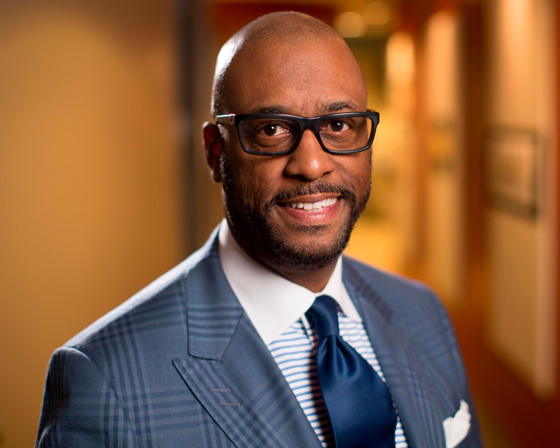